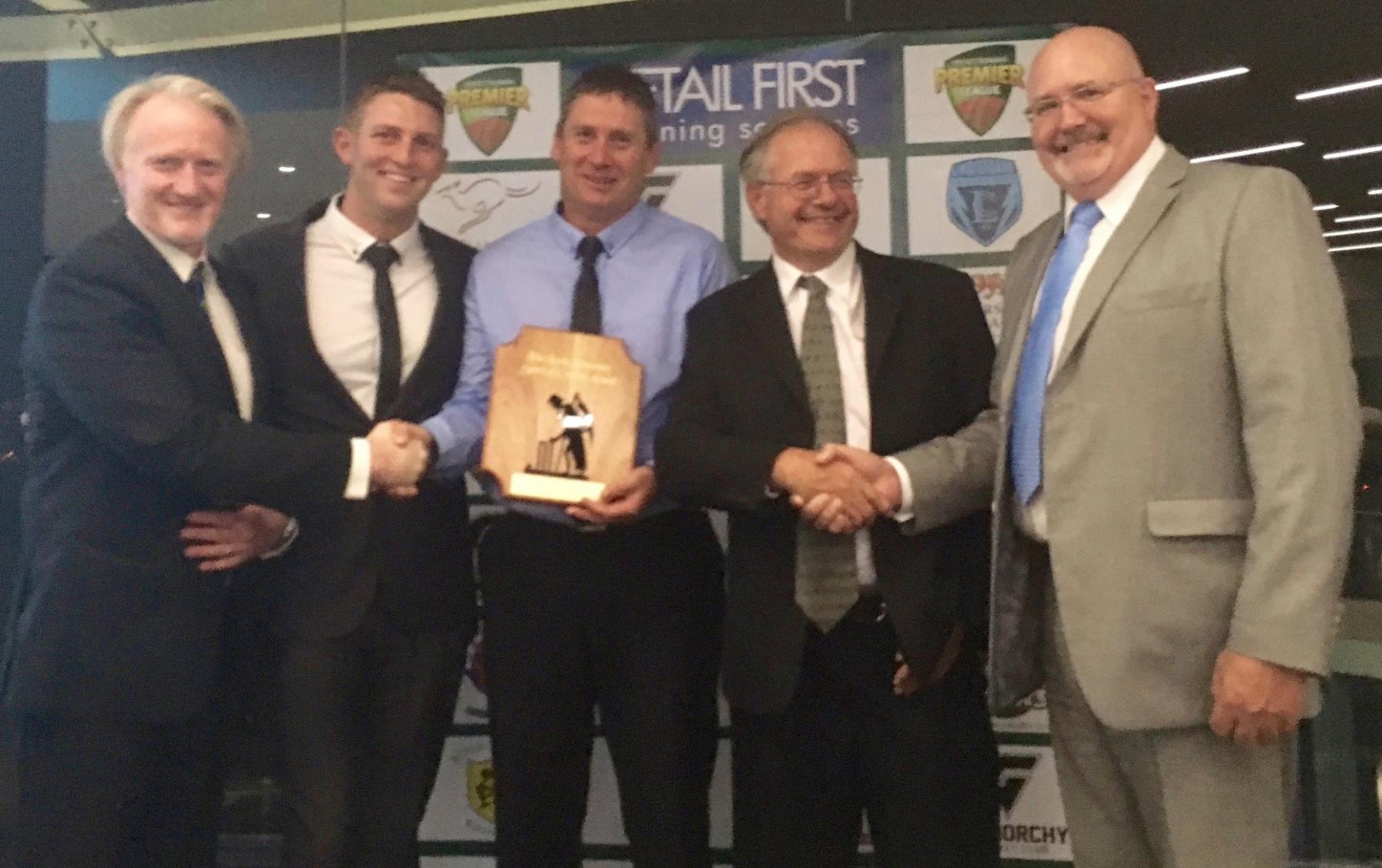 The Tavs Tas SoCA is an all-association supported and highly coveted prize.

Any team can obtain this Award, given they show the mental and behavioral attributes that personify commitment to the principles of fair play and the competitive spirit that the laws of cricket seek to task players on an individual and team basis.

Cricket is a unique sport on many levels. A sport that at its purest can last five days. A team sport that thrives on the excellence of individuals. And sometimes a sport that is as much a competition of the mind as it is of the bat and ball. And so, cricket players in a pressure cooker environment may, by their on field behaviour, disrespect our great game. We’re not talking about bowlers having a chat with a batter after a delivery that almost, but not quite, dismissed them. That’s what they do. Nor are we talking about Shane Warne reminding Paul Collingwood that he earned an MBE on the strength of seven runs in the northern Ashes the previous summer. History shows that didn’t work. Collingwood went on to make a double century in the next test.

But sometimes, often more than we’d like, players can be tempted to be abusive and personally offensive – holding little regard for a mature, respectful perspective. Sometimes they may try to bend the laws to their advantage, seeking a competitive edge. History shows again, the cricket Gods have a way to discredit and disarm this behaviour by the learnings teams endure post such moments. By any measure, there is no justification, no competitive value or place for negative behaviour in the first instance. Competitive gain is achieved by positive performance. Beating your competitor with your skill, courage and strength of purpose.

The “Spirit of Cricket” has been a preamble to the Laws of Cricket since 2002, having been specifically introduced by the MCC in response to concerns about how the game was being played at the elite level. In 2002 the West Australian Branch of the Lord’s Taverners, concerned about the behaviour of the Australian Test team at the time, approached the Western Australian Cricket Association and suggested that there should be a formal award to promote the “Spirit of Cricket” ethos at grade cricket level. So the two bodies worked cooperatively to introduce a points system for the 2002-03 season.

Ever since, all associations now involved, have umpires award votes in all grades each week. They are held in secret and collated at the end of each season, when a Spirit of Cricket trophy is presented to the club with the highest aggregate points.

‏The feedback from umpires, clubs, players and administrators has been rewarding. The Award has been influential in its objective. Clubs now actively set out to win the Award. They see that having the right culture at their club produces rewards on the field. The Ulverstone Cricket Club has proven that, by winning the Tavs Tas Spirit of Cricket Award AND win Premierships and Club Championships (four awards in five years then five first-grade premierships).

Clubs tell us that they realise having the right culture at the club is key to the recruitment of young players. This is of particular relevance when you consider the rise of womens’ cricket and their inclusion into junior grades and beyond.

Every year, Tavs Tas proudly presents “Father Time” plaques to the winning team in each of the four regional competitions in Tasmania.

What’s also emerged in recent times is the recognition of alignment between high performance methods and Spirit of Cricket values. Recently, we had a chat to Mark Divin from High Performance Cricket Tasmania, where we discovered a shared ideal and passion for this very principle.